Robert Whitaker has written a book entitled “Anatomy of an Epidemic” in which he chronicles the rise of psychiatric medications in the United States. The conundrum, he says, is that in spite of this psycho pharmaceutical revolution to address mental health concerns, the number of mental health concerns has skyrocketed. Since 1987 (the year prozac was approved by the FDA) mental health disabilities have more than doubled in the United States. Worse, the epidemic is spreading to the nation’s young adults and children. Over the last 25 years the number of disabled mentally ill children rose thirty-five fold. Our national obsession with a quick fix and a drug culture that offers the magic bullet was the topic of a recent commentary by Byrant Gumbel on Real Sports. 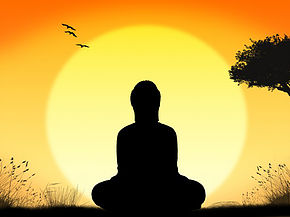 As good as western medicine is, it not gaining traction as a solution to mental suffering. In fact, the side effects of the medicinal mindset prompts Whitaker to wonder if our drug-based paradigm of care is fueling this modern-day plague.

Over the past twenty years, we’ve learned more about the brain than in all of recorded history. One lesson is that the ancient practices of meditation and contemplation offer effective strategies to experience greater happiness, wisdom, and love. They cost less and have fewer side effects too.

At NCWC, we’ll emphasize skills that stimulate and strengthen your mind to overcome fear, reduce stress, and create a more rich and meaningful life. Curious? Give us a call.

We are available from 9am until 5pm, Monday-Friday.
We are closed on Saturday and Sunday.

Leave Us A Message

Therapy for Anxiety and Depression

Do Not Believe Everything You Think!
Scroll to top